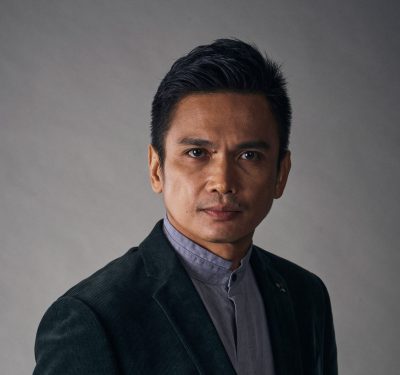 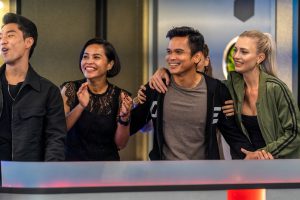 Sanggalang has had a strong performance so far in the reality series, impressing no less than Sityodtong with his business acumen and creativity, especially in his team’s business proposal for a travel insurance app that would give travelers peace of mind and convenience once travel is resumed. Sangalang was project leader for that task.

Other candidates took note of his strategic and seemingly scheming game in the first eight episodes, however. But Sangalang is unperturbed by other people’s opinions of him.

Truth be told, he’s just going with the flow, he says. He knows all too well the unpredictability of being in what is touted as the toughest The Apprentice in history.

“I didn’t really have a game plan coming into the competition because I didn’t know what to expect,” he said. “So my preparation was quite simple: I told myself that I’m just going to be my best professional self and practice mental toughness, then I will adapt to the situation along the way.”

From there, Sangalang’s mantra was to “expect the unexpected”. His strong belief in and practice of stoicism toughened him up and gave him a sense of balance from which he can draw from an inner strength.

It is the same mindset that saw him weather failures and life challenges that would have easily felled others. His rebellious youth, a bout with alcoholism and depression, and then stomach cancer in his 20s were formidable setbacks for Sangalang. But phoenix-like he conquered all those and went on to be the first Filipino cancer survivor to finish the North Pole Marathon. He became an MMA champion in 2018, an Iron Man finisher the same year and is now a successful business person.

In The Apprentice, Sangalang made it a point to give 110-percent in every physical task and boardroom challenge and is the only candidate among the 16 to stay undefeated as a project manager. Six male candidates from the United States, Singapore, New Zealand, and Japan have been eliminated as were female candidates from Singapore, Germany, Thailand, the United States and the Philippines. Now Sangalang is up against all-female competitors from the US, Indonesia, Russia, and Venezuela.

Being the thorn among roses means nothing to Sangalang. What matters is proving one’s self, especially with what’s hanging in the balance, he said. “Chatri found strong characteristics and abilities in each one of us, So, it doesn’t matter whether you’re male or female. We’re here and there’s a reason why we’re here. Probably Chatri sees some greatness in us that he believes he can unlock once he chooses ‘the one.'”

Sangalang, however, is in it to win it and he vows to do everything in his power to win The Apprentice: ONE Championship Edition.