SM provides learners with an environment conducive to learning 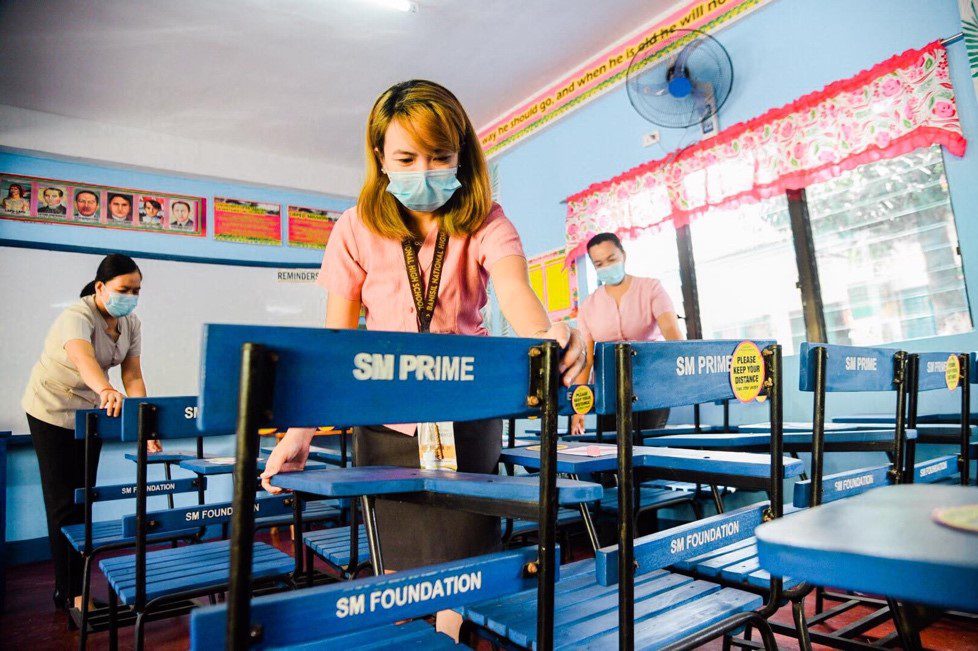 More than just an area where students gather to hold classes, a school environment plays a vital role in learners’ cognitive development. Research has shown that with an environment conducive to learning, students increase their attention and focus, and they are more motivated to practice higher-level critical thinking skills.

Adamant to provide students with venues where they can fully hone their skills and knowledge, SM Foundation (SMFI)—the corporate social responsibility arm of the SM group—cemented its partnership with the Department of Education (DepED) in 2002 through DepEd’s Adopt-A-School Program.

Through this, SMFI builds SM school buildings in grassroots communities, complete with basic furniture and equipment. More so, SMFI integrates specialized features into each SM school building to address the unique needs of their school recipients—some received rooms dedicated as a guidance office, a clinic, and a mini-library, and some even got a water tank and a handwashing facility.

To date, SMFI has turned over more than 100 SM school buildings nationwide with the help of its partners, which share the same aspirations for the Filipino learners and teachers. One of which is the SM Prime Holdings (SMPH) – one of the largest integrated property developers in Southeast Asia. Since the project’s inception, over 90 SM school buildings out of the more than 100 were built through the social good collaboration with SM Prime.

SMFI and SMPH ensure that the SM school buildings incorporate a disaster resilient design to guarantee the safety of the students, teachers, and other school personnel. Emergency lights at both staircases, and fire and earthquake alarm bells are also installed.

“But through your [SMFI and SM Prime] donation, our BES learners now have a haven where we can nurture their young minds to be academically-ready and well-rounded members of the community,” Buelvo further expressed.

The continuous rapid growth of the country’s population is taking a toll on schools—leaving the students, even the teachers, with overcrowded classrooms which affect learners’ academic performance.

In 2012, the Banisil National High School (BNHS) in General Santos City received its first SM school building. But being the only secondary school in Barangay Tambler, BNHS records a significant increase in their enrollment per year. With this challenge, SM Foundation decided to provide another edifice of hope for the sub-urban Muslim community in 2021, addressing the growing needs of BNHS learners and teachers.

“Our salute to our longtime partner, SM Foundation and SM Prime, for being so generous and proactive in providing us with school buildings that are conducive to learning. We are so grateful for your extended support to our school amidst the pandemic,” Balbon concluded.