What is Chronic Obstructive Pulmonary Disease or COPD? 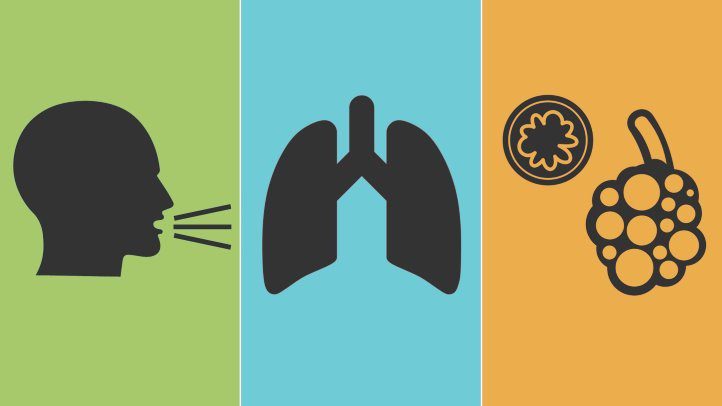 Chronic obstructive pulmonary disease (COPD) is a common lung disease. which makes an individual hard to breathe. There are two main forms of COPD: Chronic bronchitis, which involves a long-term cough with mucus and Emphysema, which involves damage to the lungs over time. Not everyone knows about the disease – its causes, symptoms and treatment. Below are very useful insights.

8 Things You Need to Know About COPD

Chronic obstructive pulmonary disease (COPD) is one of the leading causes of death worldwide, and the World Health Organization estimates that 3 million deaths were caused by the disease in 2015, which represents 5% of all deaths globally. By 2020, it is estimated to be the third leading cause of death worldwide.1

As compared to other leading causes of death such as heart disease, stroke and cancer, COPD is a seldom-discussed disease and many people are unaware of what COPD is. The disease is among the most common, most underdiagnosed, most debilitating, most deadly and most costly to manage.

While an estimated 210 million people worldwide estimated to have COPD,2 less than half have actually been diagnosed.

COPD is one of the 10 leading causes of death in the Philippines. It has a prevalence rate of 14% among Filipino adults aged 40 and above. Only 2% of the cases are diagnosed by doctors in contrast to the overall prevalence.3

COPD as a disease cannot be cured, but the good news is that there are available treatment options that can greatly improve the quality of life of patients, which include pharmacotherapies and nebulizes to deliver drugs. Besides these, long-term oxygen therapy and noninvasive ventilation (NIV) therapy options also help patients cope with the disease and reduce hospitalization rates.

COPD develops slowly and becomes more apparent after 40 or 50 years of age. It is a progressive lung disease that makes it hard to breathe (or even blow a pinwheel), with symptoms that include breathlessness, chronic cough or sputum production.

While perceived to be a “smoker’s disease”, non-smokers can also develop COPD due to environmental factors. Exposure to tobacco smoke, air pollution, or noxious particles or gases from biomass fuels increases the risk of developing COPD4. Those living in Asia Pacific are also at risk due to the region’s rapid development, with 56.6 million are afflicted with moderate to severe COPD in Asia.

COPD patients can, with the right treatment and therapy, continue their way of life. Russell Winwood, a renowned COPD athlete and Philips ambassador, completed his first full Ironman just six months after his diagnosis, despite the fact that his lungs function at only 22%. 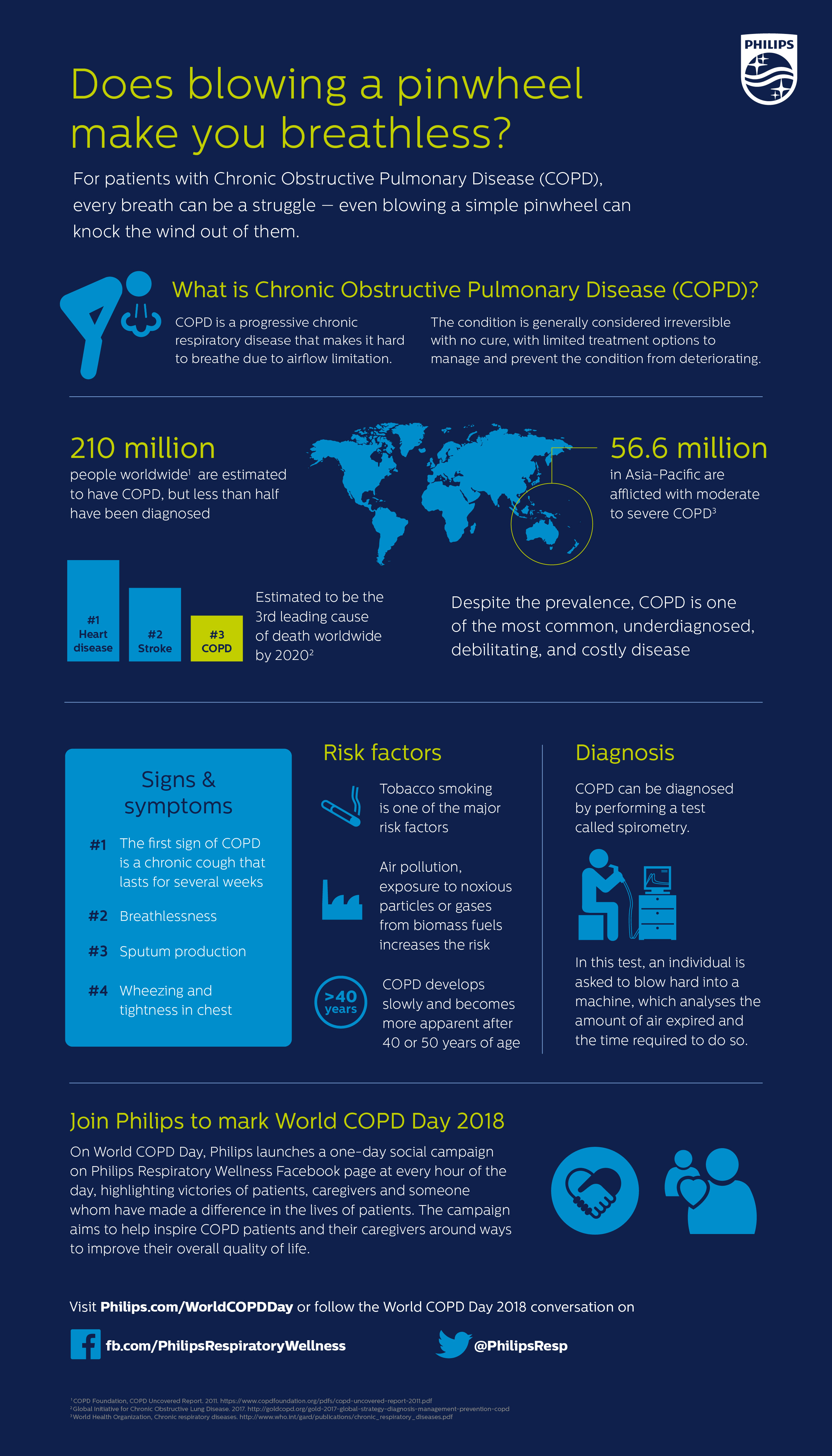 Soh Rosario
FleishmanHillard Manila
Tel: 0917 702 8402
E-mail: Soichiro.rosario@fleishman.com
About Royal Philips
Royal Philips (NYSE: PHG, AEX: PHIA) is a leading health technology company focused on improving people’s health and enabling better outcomes across the health continuum from healthy living and prevention, to diagnosis, treatment and home care. Philips leverages advanced technology and deep clinical and consumer insights to deliver integrated solutions. Headquartered in the Netherlands, the company is a leader in diagnostic imaging, image-guided therapy, patient monitoring and health informatics, as well as in consumer health and home care. Philips generated 2017 sales of EUR 17.8 billion and employs approximately 74,000 employees with sales and services in more than 100 countries. News about Philips can be found at www.philips.com/newscenter.
***Featured Image from Shutterstock

How to protect customers, employees and own family indoors

Honey, I love you!