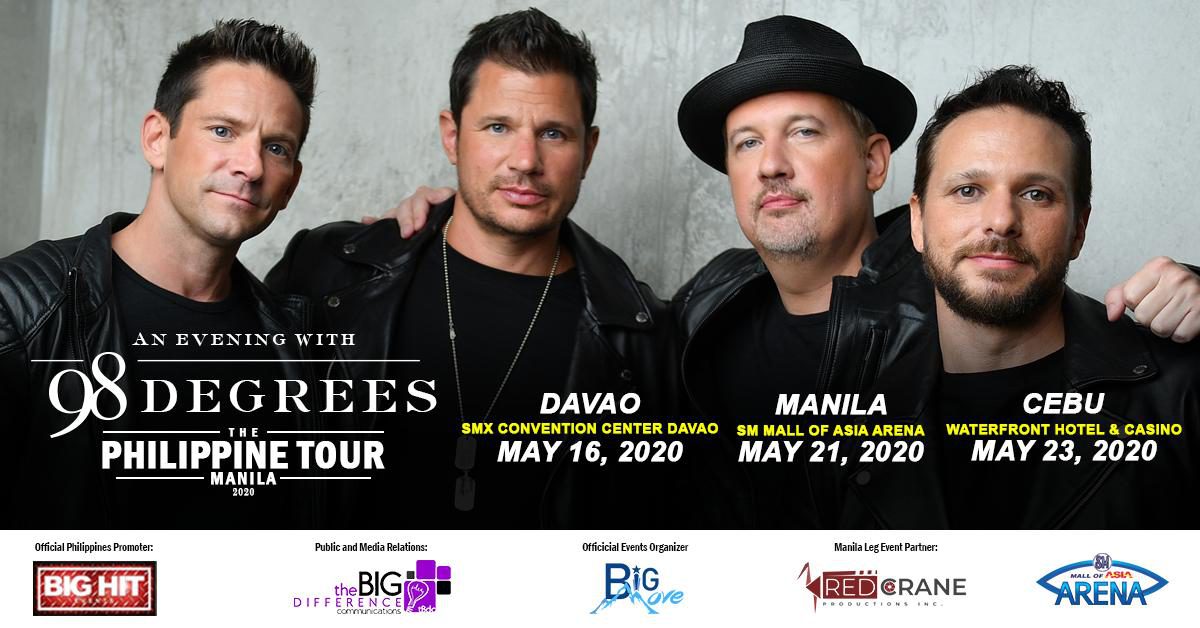 As a prelude to the much anticipated Philippine Tour of 98 Degrees Boy Band scheduled this coming May 2020, promoter Big HIts Events staged a press conference with the two Front Acts performing some of 98 Degrees hit songs like “I Do” which is also a crowd favorite.

Christian, who hails from Valenzuela City is a teacher by profession in the Philippine College of Criminology. At the age of 19, he is already a Board Passer. His passion for singing gave him opportunities to appear on tv and in radio. He was hailed as the International Voice Ambassador of the Madrigal Foundation. He was a three-time defending winner on ABS CBN’s Tawag ng Tangahalan segment of Showtime.
Joining him is Mark Michael Garcia, a band vocalist from Malabon City, who emerged as the “TNT All-Star Grand Resbak” champion also of Showtime’s TNT Segment. The RnB Charmer who won the Tawag ng Tanghalan competition last December was a former grand finalist of TNT Year 3. For his prize, the first TNT Grand Resbak Champion brought home PHP300,000 in cash, a business franchise from Potato Giant, a talent management contract from ABS-CBN, and a recording contract from TNT Records. Mark Michael has a single titled Isang Muli by Vehnee Saturno. It was released in Sept 2019.

Both singers wowed the audience with their performance and answered questions from the media with gusto.

98 Degrees is an American pop and R&B vocal group consisting of four vocalists: Jeff Timmons, brothers Nick and Drew Lachey, and Justin Jeffre. They popularized songs such as Because of You, I Do, and  Invisible Man, to name a few. When asked where the band name came from, Drew Lachey said, “It’s representative of the mood we wanted our music to create. It’s like steamy, hot, body heat.

Be there as temperatures will surely Rise!

The concert is supported by:

mommshies.com is a proud media partner of the event.