“The Apprentice: ONE Championship Edition” episode 8 airs tonight on AXN, and the competition comes down to the wire. Only eight candidates remaining and the drama turns fierce as alliances take shape and conflicts begin to heat up. 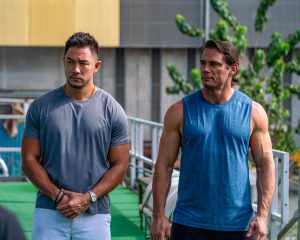 This week, candidates are tested by mixed martial arts legend and ONE Championship Vice President, Rich “Ace” Franklin in arguably the toughest physical task of the season so far: survive a simulated open water helicopter crash. Needless to say, some candidates were left gasping for air. 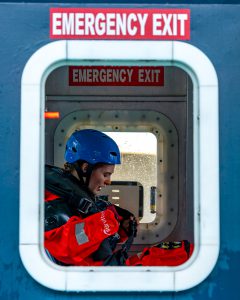 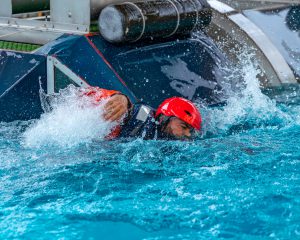 In the business challenge, candidates face a sales challenge for the first time this season, offering upcycled products to B2B and B2C customers.

Catch the action on One Sports on Monday, May 10, at 9PM. For more information and How to Watch, check out the official site at https://www.onefc.com/theapprentice/

Meanwhile, watch Filipino MMA superstar and The Apprentice judge Brandon “The Truth” Vera as he takes on challenger, Indian wrestling champion Arjan “Singh” Bhullar in the main event for the ONE Heavyweight World Title. Entitled “ONE: DANGAL,” this tape-delayed event airs on Saturday, 15 May, and is designed to showcase the very best of Indian MMA.

About “The Apprentice: ONE Championship Edition”

“The Apprentice: ONE Championship Edition” invites 16 contestants handpicked from around the world to compete in a high-stakes game of business and physical challenges. The winner will receive a US$250,000 job offer to work directly under Chairman and CEO Chatri Sityodtong for a year as his protege in Singapore.

“The Apprentice” is one of the biggest non-scripted reality television programs in history, judging the business skills of candidates who are competing for a job offer under a high-profile CEO. It has aired in more than 120 countries. The first season of “The Apprentice: ONE Championship Edition” consists of 13 episodes.